From an early age, Mona Minkara thought of herself as a scientist. As a child, she devoured science-themed television shows and could often be found conducting her own science experiments. One of her favorite projects was inspired by literature’s most famous detective, Sherlock Holmes. 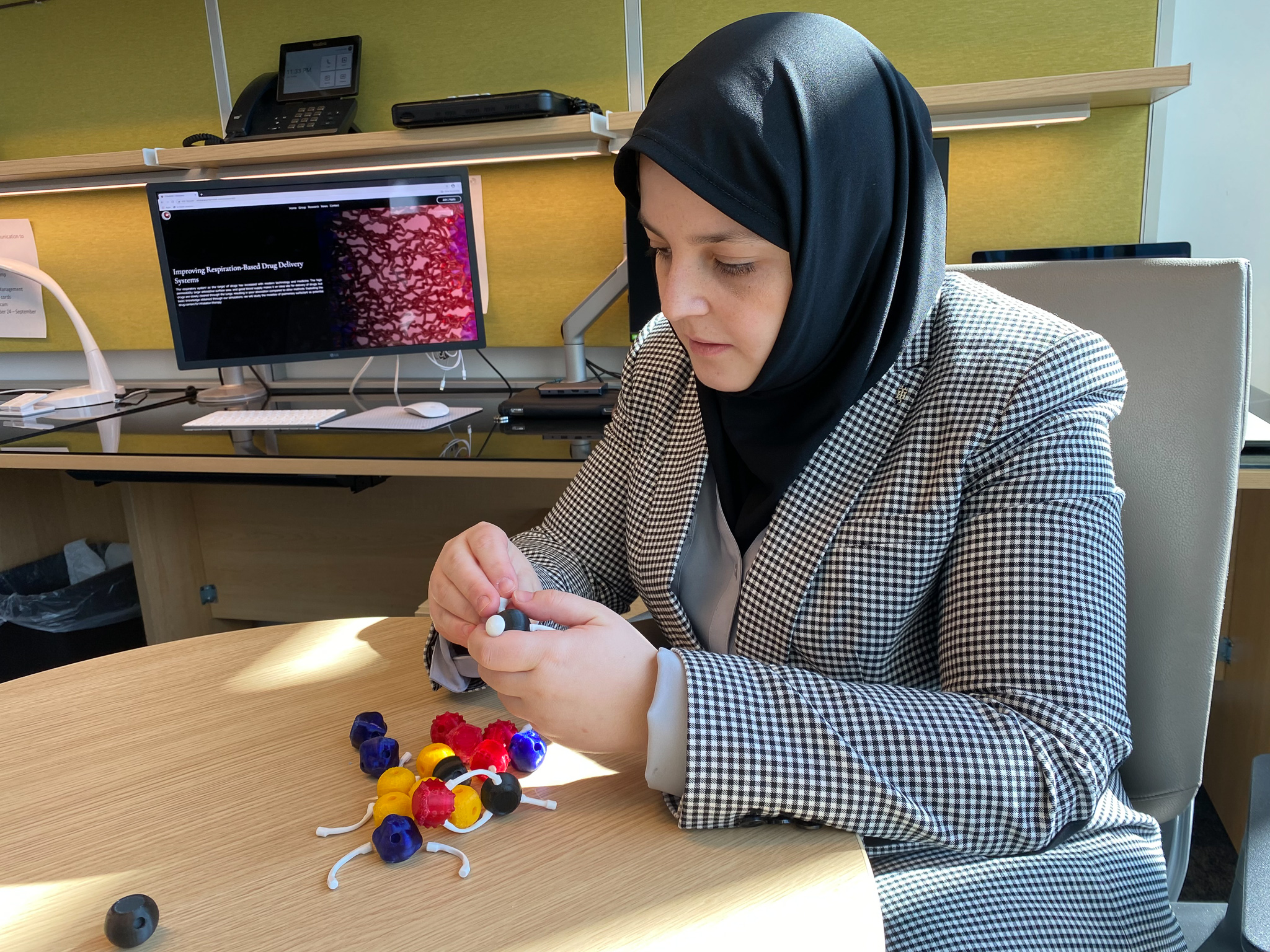 “I was so intrigued that Sherlock Holmes could look at someone’s footprints and determine their height,” she says. “I tried to create an equation that did that when I was a kid.”

But some doubted that Mona’s dreams of becoming a scientist could ever be realized. At age 7 she was diagnosed with macular degeneration and cone-rod dystrophy. Her childhood doctors did not give her a favorable prognosis and cast doubt on the idea that Mona could achieve her career goals.

Their doubt only fueled Mona’s determination: “I felt driven to defy this prognosis,” she says.

Her daily work involves running her own lab, called the COMBINE Lab, where Mona conducts research using computational methods to study biological interfaces at the atomic and molecular scales. Her current project focuses on the complex protein-lipid substance that lines the alveoli in the lungs. Mona says running her own lab is a dream come true.

At work, Mona uses voiceover programs on her Apple products and JAWS for her Windows computers. MagnaLink allows Mona to access scientific journals, and she uses Orcam for daily reading tasks. Mona also works with a team of access assistants who communicate visual information to her. In order to help others who want to follow in her scientific path, Mona curates an online list of the access tools and techniques she uses to do her job. She also runs a YouTube channel, “Planes, Trains, and Canes,” that documents her love of travel and the trips she takes.

Despite the doubts of her childhood doctors, Mona’s determination helped her make her professional dreams a reality.

“You might be sight impaired, but you are not vision impaired,” she says. “You can still envision and create a beautiful future. Vision is more than sight. You never know what the solution is going to look like until you’re living it.”