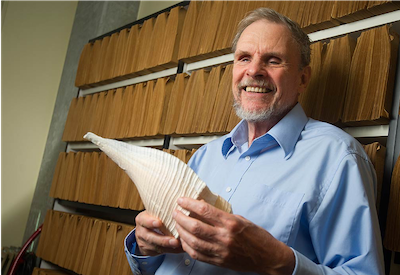 Blindness has allowed Geerat J. Vermeij to see the world around him in a uniquely powerful way. As a distinguished professor of paleobiology in the Department of Earth and Planetary Sciences at the University of California at Davis, Geerat has built his career on using his sense of touch to observe crucial details that his sighted peers overlook.

Geerat lost his sight at age three due to glaucoma. After attending a school for the blind in his native Netherlands until age eight, he transitioned to public school after he and his family moved to New Jersey. From the start, Geerat was a curious child who loved to explore the natural world, and this fascination only grew as he got older. At age 10, he became interested in seashells and began collecting diverse specimens. His parents and brother were very supportive of his interests and read aloud, transcribed, or dictated books on natural history for Geerat.

When he entered university at Princeton, Geerat was determined to become a scientist. He majored in biology and geology and benefitted from the encouragement of supportive professors who saw his potential. Repeatedly, Geerat was able to prove himself and demonstrate his ability to those who, at first, were doubtful. 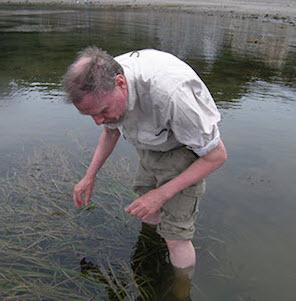 When it came time to apply to Ph.D. programs, his interview at Yale was particularly memorable. His interviewer was unsure whether Geerat would be a successful doctoral candidate due to his vision loss. So the interviewer presented Geerat with some seashells and asked him to identify them by touch. Geerat successfully identified the specimens, impressing his interviewer. Geerat was accepted into the program and graduated from Yale with a Ph.D. in biology in 1971.

Through the years, Geerat’s research interests have included marine ecology, paleoecology, and the functional morphology of marine mollusks. Since his days as a young collector, Geerat’s seashell collection has grown by leaps and bounds, and he studies the shells to make incisive observations about the evolution of life, with a particular focus on how animals and plants evolve to cope with their biological enemies. His work on shells has also led him to write about broad principles of evolution and the history of life. Geerat uses his fingers to feel the shells, noting textures and surface features, and building theories from his tactile observations.

Life as a research professor has led Geerat all over the world, and his vision loss has not slowed him down. He navigates using a white cane and brings along sighted research assistants during his field visits to places as diverse as Guam, New Zealand, and Panama. Whether he is wading through high waters or sticking his hands into holes to retrieve shells, Geerat relishes the adventure of fieldwork and doesn’t believe for a second that being blind should preclude him from experiencing the world firsthand.

When he’s not conducting field research, Geerat uses several adaptations to maintain a busy but satisfying life as a professor at UC Davis. He reads and writes using braille and employs an assistant to read scientific papers to him, from which he makes braille notes. The assistant also reviews and scans Geerat’s manuscripts in preparation for publication. 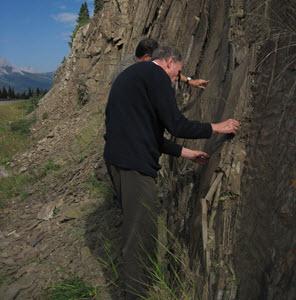 Geerat has worked with many students during his career and advises students who are interested in a career in science to cultivate curiosity and discipline themselves to work hard. He notes that students who are blind should be realistic about their abilities and emphasize their strengths.However, he strongly urges that blind students, if they have the talent and the drive, should not be scared off from pursuing a career in science.

Geerat’s impressive resume speaks to the significant mark he has made on his field. He is the author of six books and almost 280 publications, including articles in the leading journals of his field, and was a 1992 recipient of the prestigious MacArthur Fellowship. As Geerat looks back over his career, he views it as a series of wonderful events, filled with travel, field and museum experiences, writing and publishing, and receiving honors. His success is a testament to the ability of anyone, sighted or blind, to excel in their chosen field through a combination of passion, tenacity, and creativity.